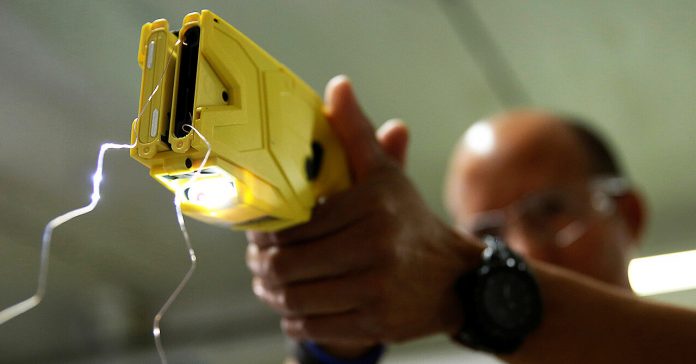 After the evaluation tests, a number of officers in the Guardia Civil are now equipped with taser pistols.

The tasers have a built-in recording system that will graphically document each action that involves their use.

The Guardia Civil acquired 150 Axon-brand incapacitating electric guns -commonly known as tasees-. After the official reception last April, the devices underwent a series of tests to evaluate their operational performance and define the procedures for use.

Once these evaluations were concluded, the personnel of the first units to which this first batch has been distributed received training during the months of May and June that enables them to be employed.

Once the staff had been trained, this week they have begun to provide operational service. Based on the experience in these units, it will be progressively extended to other units.

Taser pistols constitute a new means that is integrated into the Guardia Civil’s operational intervention scheme, which is based on the gradual use of force. The ultimate goal of the system is to constantly improve the operability of the guards, guaranteeing safety in their interventions.

The equipment of these new non-lethal devices incorporates a system for recording the action that allows the interventions in which they are used to be graphically documented, to guarantee the legal certainty of the actions.