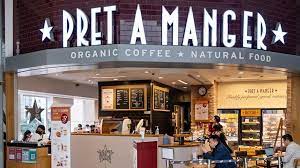 The Ibersol Group has reached an agreement with Pret A Manger, the British chain of sandwiches and cafes, founded more than 30 years ago in London, for the opening of 70 new establishments in Spain and Portugal in the next decade.

Thanks to this alliance, Grupo Ibersol will carry out the national expansion of the brand with the aim of creating a “solid” network of Pret A Manger restaurants with a presence in commercial catering, both in the main cities and large strategic commercial hubs, such as in travel, through the busiest airports and railway stations in Portugal and Spain.

Currently, Pret A Manger is a company that has more than 570 establishments spread over six markets: the United Kingdom, the United States, Hong Kong, Singapore, Dubai and Europe, specifically in France, Switzerland, Belgium and Germany.

With this agreement, Portugal and Spain join the set of European countries in which Pret A Manger will operate, positioning itself, according to the restaurant group, as one of the most strategic markets for the company and with great growth projections in the coming years, where it continues to develop and expand its business concept in new enclaves where it does not yet have a presence.