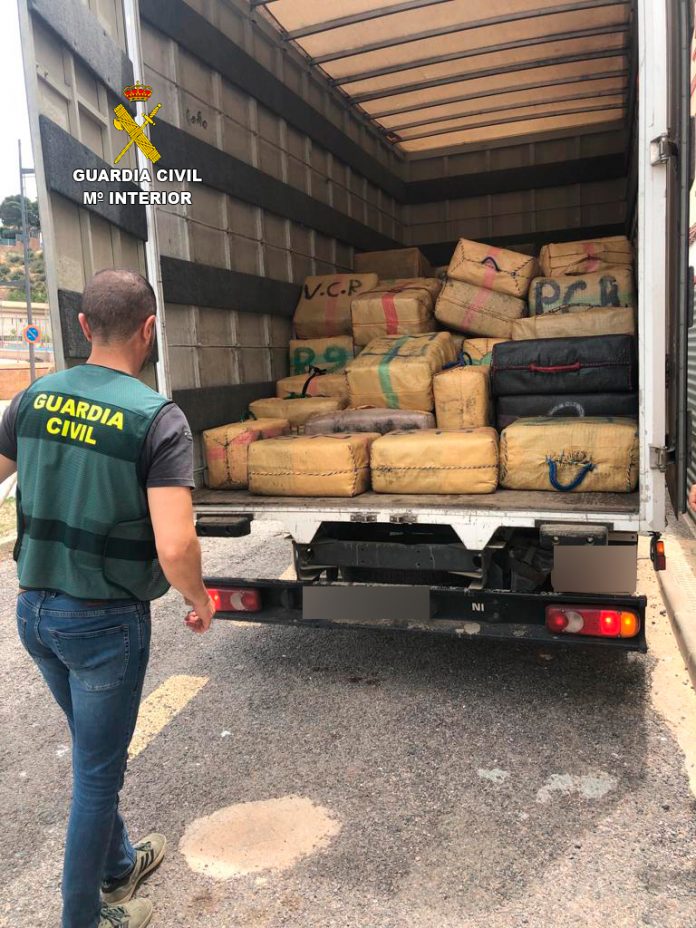 The Guardia Civil has seized almost five tons of hashish at the time they were being introduced into a cove in Lorca and has arrested four members of the criminal organisation.

The agents detected a suspicious boat with powerful engines a few metres from the Puntas de Calnegre cove (Lorca). The crew was unloading a large number of packages while a group of people picked them up on the beach and quickly moved them to a truck parked nearby.

Upon detecting the presence of the Guardia Civil, the crew of the boat got rid of the drug and fled out to sea. The rest of the members of the criminal organisation, who were carrying the bundles, fled on foot climbing cliffs. Agents secured the area and arrested two people.

The search device established by different patrols resulted in the location and arrest of two other members of the criminal organisation who had participated in the transport of the drug.

In addition to the Citizen Security prevention patrols, the Guardia Civil activated the patrol boat of its Maritime Service to carry out the work of inspecting the area and recovering the bales thrown into the sea by the escaped boat.

In total, 135 bundles of hashish have been seized that have yielded a total weight of 4,819 kilograms, 140 bottles containing fuel for the escaped boat and three cargo vehicles, specifically two trucks and a van.

The Court of Instruction of Lorca has decreed the admission to prison of the four detainees for the crimes of smuggling, against public health – for drug trafficking – and belonging to a criminal organisation.