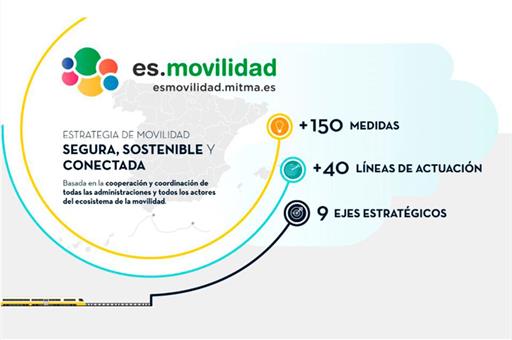 The Ministry of Transport, Mobility and Urban Agenda (Mitma) has taken the final step to grant 1 billion euro of European recovery funds to 171 municipalities and two supra-municipal entities to decarbonise and digitise urban mobility.

The first competitive call for aid to municipalities for the implementation of low-emission zones and the sustainable transformation of public transport, included in Component 1 of the Plan of Recovery, Transformation and Resilience, Shock Plan for sustainable, safe and connected mobility in urban and metropolitan environments, has now ended.

It is expected that in 2022 a second call will be published with 500 million euro, until completing the 1,5 billion euro allocated in this line.

Among the beneficiaries are also 14 municipalities that, in addition to participating individually, have joined forces to submit applications as groups. Thus, three groups led by Valladolid, San Sebastián and Seville, respectively, have achieved aid. For their part, the Metropolitan Area of ​​Barcelona (AMB) and the Commonwealth of the Pamplona Region have obtained funds as supra-municipal entities.

The European aid will directly benefit the 24.5 million people who live in the awarded municipalities (INE data as of January 1, 2020) so that, on average, a municipality of 100,000 inhabitants accesses 4,000,000 euro of financing.

In total, 193 municipalities submitted 262 applications worth 1,4 billion euro, almost 50% more than budgeted. 88.6% of applicants have obtained financing. All the proposals received have been assessed based on the criteria of maturity, impact, quality and relevance. Each application was made up of several actions, so 656 actions of the 1,154 that were submitted will be financed from the NextGenerationEU funds.

Mitma will accompany the beneficiary consistories in the process of accelerating the integration of public transport with active mobility systems and will carry out close monitoring to ensure that the milestones and objectives agreed with the European Commission are met.

As stated in the final resolution, the actions must be executed and launched in December 2024, for which the Ministry has decided to deliver the aid in the form of advance payments.

To receive the first income, the municipalities must justify that the subsidised actions have begun before June 15.

The objective of the programme, financed under the Recovery and Resilience Mechanism (MRR), is to contribute to improving air quality in cities and the decarbonisation of mobility, articulating a reliable, affordable, attractive and efficient urban public transport system, zero emissions and promoting active mobility (bicycle, walking), so that the use of private motor vehicles is more limited. The distribution of funds by type of action is articulated as follows:

40.7% of the budget of the call has been assigned to actions aimed at the development of active mobility, such as the construction of bike lanes, the pedestrianisation of streets or the installation of bicycle rental points. For example:

More than 100 million of the funds will be used to build or adapt some 1,000 kilometres of bike lanes.

The implementation of public rental systems for bicycles and other personal mobility vehicles will be financed with 48.9 million euro, and intermodality will be promoted.

243.1 million euro have been granted to increase space for pedestrians in cities.

19.4% of the funds will be invested in promoting zero emission fleets. Thus, the acquisition of some 648 zero-emission urban buses or the purchase of more than 45 electric vehicles for garbage collection is supported.

16.5% of the aid will finance improvements in the efficiency of public transport, including the reinforcement of urban rail services, the distribution of goods in the last mile and the calming of road traffic. This type of project includes actions such as:

The development or reinforcement of dissuasive car parks under municipal jurisdiction (28.8 million euro).

The enabling of platforms and prioritisation lanes for public transport (60.7 million).

12.4% of the 1 billion of the call are allocated to mobility digitisation projects for the improvement of public transport services (real-time information, itinerary planning, digital payment…) and the management of administrations.

Finally, 11% of the aid will be used to finance 62 Low Emission Zone implementation projects and 31 complementary actions to start up or reinforce existing ones. It must be taken into account that only municipalities with more than 50,000 inhabitants could request financing for this type of action since they are the ones that must have this type of area enabled in 2023.

The spirit of the program is to promote mobility that respects the environment and health in the cities that concentrate the most air quality problems and that have an urban transport service. The Climate Change Law requires municipalities with 50,000 or more inhabitants and provincial capitals to implement low-emission zones before 2023, while the Clean Vehicles Directive provides for the need to renew public transport fleets with low-emission vehicles or zero emissions in the coming years, both objectives that they want to help achieve with these funds.

In this context, the municipalities of Madrid, Catalonia and Andalusia are the ones that have obtained the most aid in aggregate with 568.5 million euro, 57% of the total. Not in vain, the beneficiary localities of said provinces combine a population of almost 14 million people.

Ineco, which supports Mitma in the management and execution of the PRTR, has participated in the preparation, publication and resolution of this first call for aid and is already working on the second.