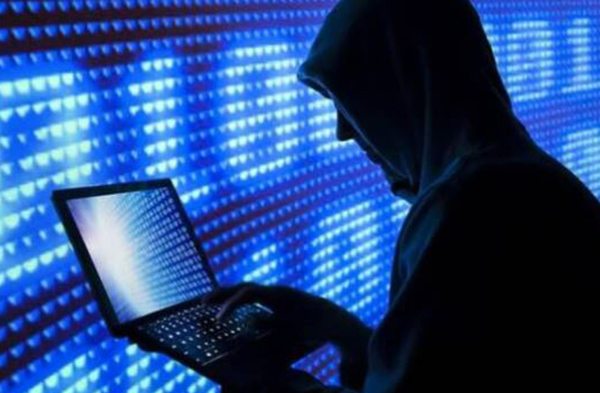 The Interior Ministry has launched an update of the Police Action and Coordination Plan against Violent Youth Groups that establishes a new classification of these gangs.

The Ministry of the Interior has reinforced the police fight against youth gangs by updating the Police Action and Coordination Plan against Violent Youth Groups. This new version introduces a new classification of this type of organisation and other initiatives that allow police prevention and response to be adapted to the current reality of these groups in order to reduce their expressions of violence, the social impact they cause and improve the material protection of their most vulnerable victims, especially minors.

The update has been carried out through Instruction 8/22 of the Secretary of State for Security, Rafael Pérez, which renews the validity of a plan approved in 2005 and renewed in 2014 that has been useful in guiding the actions of the Security Forces against crime linked to this type of group and in support and assistance to their victims.

During the validity of this Police Action and Coordination Plan against Violent Youth Groups, police experts have verified the recent evolution of this phenomenon and the convenience of undertaking its update to adapt it to the current reality.

The data on crime and police operations show a decreasing trend in criminal activity carried out by young people and minors linked to radical ideology groups, but also that new dynamics have been generated that influence their violent behaviour, such as hate and discrimination against other minority or vulnerable groups.

Given these factors, and to improve police knowledge of these groups, the plan establishes a new classification more in line with their current entity and criminal relevance. In general, the instruction defines violent youth groups as those made up of minors, or by minors and young people between 14 and 30 years of age as reference ages, who may present structures of cohesion and internal discipline and whose actions sometimes lead to in violent behaviours that generate concern and social alarm.

Based on criteria of ideology, motivation and connection with specific areas, the most relevant youth groups or gangs located in Spain can be grouped into the following blocks:

Violent groups of the extreme right, those of neo-Nazi, fascist, anti-Semitic inspiration, etc…

Violent groups of Latin group reference, gangs created in the likeness or inspiration of those that operate in Ibero-American countries, imported from those countries and that are currently made up of members regardless of their ethnic or national origin.

Violent groups in sports, in which violence is part of the lifestyle of the most fanatical supporters of sports teams, especially that which takes place on the occasion of football matches.

Violent groups motivated by hate, who exercise violence against other people for discriminatory reasons, because they perceive them as different or vulnerable, for which reason their actions include elements compatible with hate crimes or aggravated discrimination, and as long as they are not included in any of the previous groups.

Others: those cases of eventual, sporadic or spontaneous agreement of young people to exercise violence for any of the motivations contemplated in the previous sections or that seek to exercise physical, mental or sexual violence or cause damage to collective property.

In addition, the plan redefines a second classification according to the degree of independence or autonomy of these groups, which is as follows:

“Reference groups” are those organisations, regional, national or international, endowed with ideological elements, modus operandi and their own distinctive signs, with the capacity to bring together, under the same name, a series of “subordinate groups” (chapters, subgroups, etc.) in different territorial areas.

“Subordinate groups”, organised units with their own operational capacity that, even acting in their territorial scope with a certain degree of autonomy, maintain an organic or symbolic dependency with some “reference organisation”, from which they take their generic name and their main distinctive signs.

“Independent groups” are those that, without prejudice to their possible connections with others with a similar ideology or similar characteristics, act with sufficient autonomy and without direct dependence on a “reference group”.

Based on this double classification, the instruction issued by the Secretary of State for Security maintains the guidelines of the plan aimed at monitoring violent groups of a youth nature and knowing the evolution of the incidence of their criminal actions.

In addition, the general directorates of the National Police and the Guardia Civil will update their specific operational plans and will reinforce the coordination instruments between the different police units in charge of controlling and prosecuting this type of crime.

The plan places emphasis on facilitating the coordination and exchange of information obtained between the police services dedicated to the persecution of violent youth groups and those specialised in other preventive plans of the Secretary of State for Security, such as the Master Plan for Coexistence and Improvement of Security in Educational Centres and their Surroundings, the Plan against Hate Crimes or the National Strategic Plan to Combat Violent Radicalisation.

The new reformulation of the plan also perfects the collaboration mechanisms between the police units and the judicial and prosecutorial authorities to guarantee that the investigations lead to the imposition of sentences in accordance with the seriousness of the facts investigated and that produce a deterrent effect on its current members. In this sense, the plan advocates the improvement of the procedures agreed upon with the Public Prosecutor’s Office for the adoption of all those measures that, without harming the best interests of the minor and contributing to debugging their responsibility, achieve their disassociation from violent gangs.

On the other hand, the plan develops new initiatives in the field of prevention to act from a police and multidisciplinary perspective on the social and educational environments of young people and minors, to prevent their identification with destructive social dynamics that lead them to integrate in gangs or to promote or participate in concerted violent actions against others.

Finally, the plan orders the Security Forces to increase the monitoring of the social networks most frequented by minors and young people, an area of ​​risk given the intense activity in them of violent youth groups to coordinate actions with violent content; to spread identity messages with criminal apology of a xenophobic, racist or anti-Semitic tendency, or to exalt violent behaviour inspired by hatred of minorities or ethnic or ideological differences.