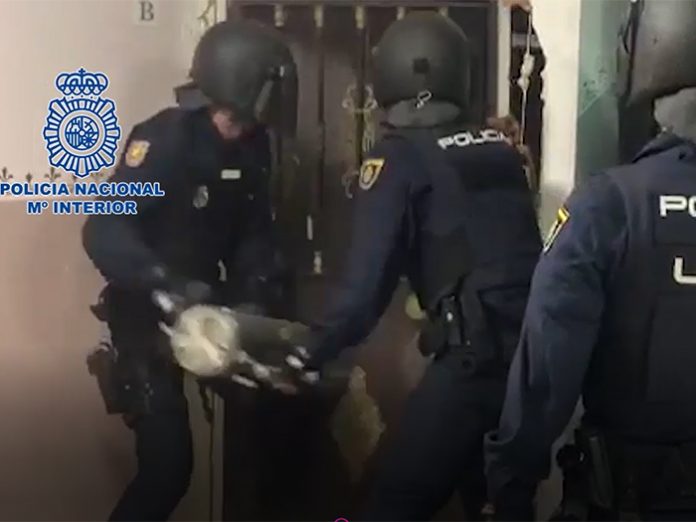 The National Police has dismantled a criminal organisation specialised in the smuggling of Moroccan migrants from Ceuta to the coast of Cádiz.

They are attributed 16 migratory cycles, in which it is estimated that they trafficked 160 migrants, among whom were 60 minors. 11 people have been arrested and two entries and searches have been carried out in which a boat, two GPS devices, two long-range transmitters, seven mobile phones, various documentation and narcotic substances have been seized along with tools for their cutting and distribution. The organisation, which took advantage of the routes to introduce narcotics, reported profits of more than 500,000 euro, charging 3,000 euro for each trip if it was by boat and 6,000 if it was individual by jet ski.

The investigation began in May of last year, after the illegal access to Ceuta of a large number of migrants who intended to reach the peninsula to later settle in other European countries, mainly in French and Belgian territory. During the investigations, the agents were able to confirm the existence of a perfectly structured criminal organisation whose members had a clear distribution of tasks and functions, which was transferring Moroccan migrants from Ceuta to the coast of Cádiz, many of them minors.

The investigators were able to find out that the criminal group operated from a former military colony in the Ceuta area of ​​Benzú, where they used old caves and abandoned tunnels that had direct access to the sea to extract migrants. They are attributed 16 migratory cycles, where it is estimated that they have transported some 160 people, 60 of them minors. The trafficked paid about 3,000 euro if they travelled by boat or 6,000 if they were transferred by jet ski. The investigations of the agents have made it possible to estimate that the profits obtained by the organisation are estimated at more than 500,000 euro only for the migratory crossings, in addition they took advantage of the routes to introduce hashish, for which the profits increased.

The operation has ended with the arrest of 11 people for belonging to a criminal organisation, against the rights of foreign citizens and against public health, after going to court ten of those arrested have already been sentenced to prison. Two entries and searches have been made, seizing a boat, two GPS devices, 170 grams of hashish, two precision scales and material for small-scale cutting and distribution, two long-range transmitters, seven mobile phones and diverse documentation pending analysis by the researchers.