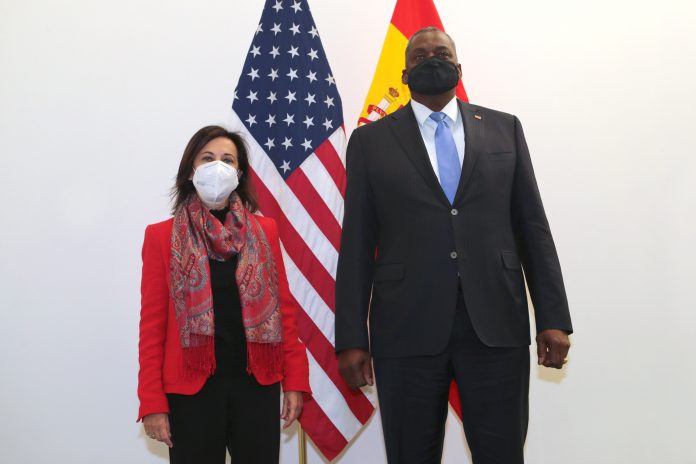 The Minister of Defence, Margarita Robles, is on an official trip to the United States, during which she will meet with the US Secretary of Defence, Lloyd Austin.

Robles will begin the official acts today, Thursday, May 19, in Washington, where he will visit Arlington National Cemetery and participate in a floral offering at the tomb of the unknown soldier.

Subsequently, the minister, responding to the invitation made by the US Secretary of Defence, will travel to the Pentagon to hold a bilateral meeting.

During the meeting, both are expected to address the situation in Ukraine after the Russian invasion, as well as the next NATO Summit that will take place in Madrid on June 29 and 30, and the situation on NATO’s southern flank, among other matters.

Also at the Pentagon, the minister will hold a working lunch with the United States Secretary of the Navy, Carlos del Toro.

Sánchez will meet with Biden on Tuesday