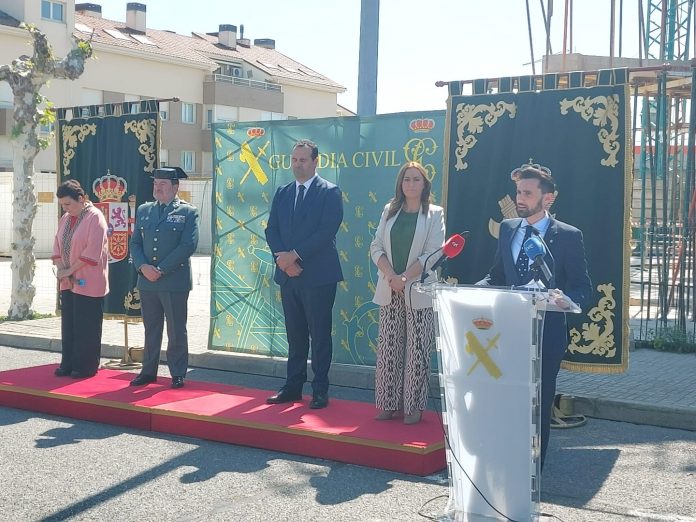 The Secretary of State for Security, Rafael Pérez, has highlighted the commitment of the Ministry of the Interior to sustainability. “The Guardia Civil and the National Police are among the most advanced bodies in the world, in terms of training, human teams and technological means. Now our purpose is to also be at the forefront of sustainability,” Pérez said during the visit to the works of the Guardia Civil post in Santa Marta de Tormes (Salamanca).

“Contributing to the improvement of our environment is everyone’s obligation, but the responsibility is even greater for the Public Administrations, which must be at the forefront to lead the transcendental changes that a modern society demands. Sustainability is not an option, but an unavoidable commitment,” he added.

The construction of the future Guardia Civil post in the town of Salamanca is included in the State Security Infrastructure Plan 2019-2025 and has an investment of 2.6 million euro. Started in January and with an execution period of one year, the building will be zero emissions, will be air-conditioned by high-efficiency aerothermal systems and will have photovoltaic panels and solar thermal panels for the production of domestic hot water.

The building under construction has three floors and a basement, with a constructed area of ​​863 square metres on a plot of more than 2,400. In addition to the office spaces, customer service and security area, with cells and associated rooms, the property has two houses for managers. The parking area has capacity for 21 vehicles.

The Secretary of State for Security thanked “the tireless work and dedication” to the 57 troops assigned to the Santa Marta de Tormes post that serve 21 municipalities and five districts, totalling more than 41,000 inhabitants. “You must have adequate infrastructure and the best equipment to make it easier to face the challenges of every day with guarantees. Spending on security is an investment and investing in security is investing in freedom”, added Rafael Pérez.

Rafael Pérez has visited the works of the new barracks accompanied by the Government delegate in Castilla y León, Virginia Barcones, the Government sub-delegate in Salamanca, María Encarnación Pérez, the mayor of Santa Marta de Tormes, David Mingo, and the president of the Society of Penitentiary and State Security Infrastructures and Equipment (SIEPSE), Mercedes Gallizo.

The Council of Ministers approves the call for 4,992 positions for the National Police and Guardia Civil