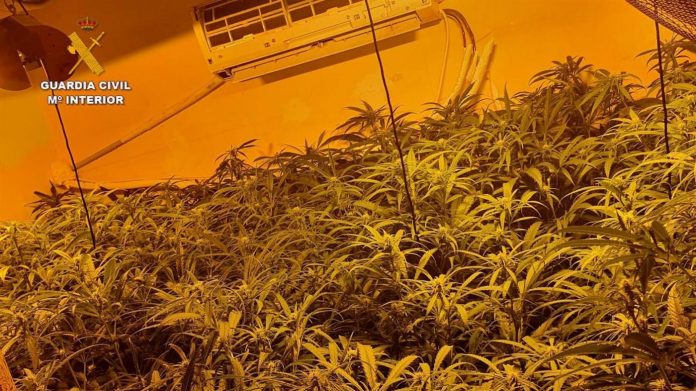 The Guardia Civil has opened an investigation into a 27-year-old man as the alleged perpetrator of a crime against public health for the production and trafficking of marijuana, after he himself called the Armed Institute in Padul (Granada) because he had been the victim of a marijuana theft by three hooded men who had broken into his house.

In the visual inspection that the attending officers carried out, the agents verified that indeed in one room of the house there was the necessary infrastructure to cultivate cannabis intensively and the remains of a plantation; and they also found a box containing 670 grams of marijuana already prepared for which the victim of the “rollover” was investigated for a crime against public health.

This action has been added to Operation Miller, an operation that the Guardia Civil is developing at a national level against the cultivation and illegal trafficking of marijuana.

The National Police dismantles three greenhouses for the cultivation of cannabis sativa with some 20,000 plants