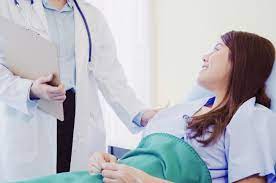 The Minister of Health, Carolina Darias, has announced that the Government is working on the homogenization throughout the territory of access to genetic tests, a fundamental tool for the diagnosis, treatment and follow-up of rare diseases.

This has been underlined during her speech at the opening ceremony of the Exceptional Forum ‘Rare Diseases. A challenge for all ‘organised by El País in collaboration with Roche Farma and which was held this Thursday in Madrid and which has had the participation of patients, family members, health professionals and the world of communication, scientific societies and public officials.

As Darias has explained, the homogenization will come from the hand of a Ministerial Order that will update the common portfolio of services of the National Health Service (SNS) in the area of ​​genetics and genomics: This update has been developed together with the autonomous communities and the scientific societies involved and was approved by the Interterritorial Council of the SNS on December 2. The contributions made after the hearing and public information phase are currently being analysed.

The Minister of Health has reaffirmed the commitment of the Executive to reduce uncertainty and offer future possibilities to people who suffer from rare diseases in the country. Ailments that, as Darias has pointed out, have a low prevalence, but a high impact on the lives of those who suffer from them and their families. “It is our reason for being”, Darias underlined.

In this sense, she has defended the need to continue persevering with initiatives that allow improving all the stages that a patient with a rare disease goes through, from diagnosis to research and treatment.

Thus, she recalled the continuous expansion of available therapeutic options, with the evaluation and record approval of orphan drug financing in 2021, when spending increased to 1 billion euro, 15% more than the previous year.

Among others, Darias also referred to the defence that Spain has made in the European context of the European Network of Reference Centres model, in which 110 SNS centres, Services and Reference Units (CSUR) already participate, which, at the same time, they are part of the 24 European reference networks that exist.

She also confirmed work to improve accessibility to these networks and the development of a clinical management computer platform that facilitates collaborative work between European professionals.

The Minister of Health also highlighted the development of the Valtermed information system, the State Register of Rare Diseases, the ImpAct programme, which has made it possible to create an infrastructure geared towards precision medicine, or the two new lines of research on cell models and animals launched by the Carlos III Health Institute (ISCIII).

The minister also had words of appreciation for the work and support of the Spanish Federation of Rare Diseases (FEDER), the different patient associations and professionals, researchers and, above all, patients and their families.

The event was also attended by the CEO of Roche, Stefanos Tsamousis; the deputy director of El País, Eugenia de la Torriente; the director of the Spanish Federation of Rare Diseases (FEDER), Alba Ancochea, among other personalities.

The Council of Ministers approves the call for 4,992 positions for the National Police and Guardia Civil