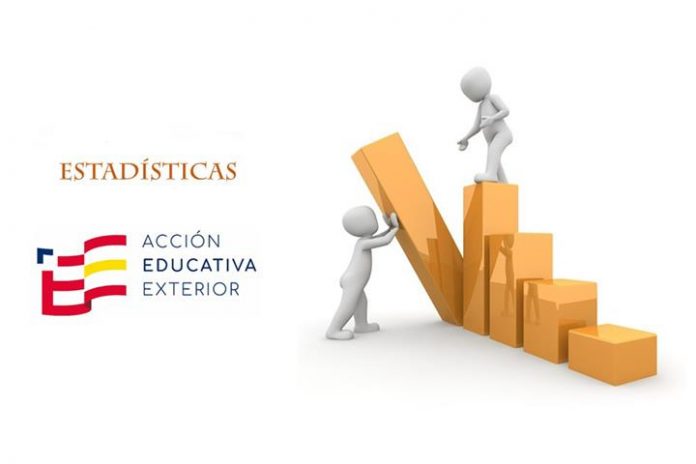 A total of 86,538 students from all over the world study the Spanish language and culture thanks to the work abroad of the Ministry of Education and Vocational Training (MEFP), according to the ‘Statistics of Foreign Educational Action Course 2021-22’. In addition to these students, there are 47,500 students from the ‘International Spanish Academy’ (ISA) bilingual program, which is taught in the United States and Canada. This data is in the process of being prepared and will be included in later versions of this statistic.

The Foreign Educational Action (AEE) of the Ministry promotes teaching in Spanish abroad through different programs, six of them directly managed and the rest through agreements and collaborations, with the aim of participating in the promotion, dissemination and the preservation of the Spanish language and culture in the world. Its action is also aimed at allowing Spanish residents abroad to maintain cultural ties with their country. In total, its activities are carried out in a total of 47 countries, 30 of them with direct management programs.

Thus, the AEE manages a total of 18 Spanish publicly owned centres in seven countries in Europe, Africa and America, in which 7,975 male and female students study this year and 685 Spanish teachers teach. To these are added two centres of mixed ownership, in Brazil and Argentina, where 1,948 students are enrolled and have 217 teachers.

Another program that allows teaching in Spanish to be taken abroad is that of the Spanish sections in foreign-owned centres, which has 29 sections in centres in Germany, the United States, France, Italy and the Netherlands, in which 10,772 students study and 81 Spanish teachers teach. This program is made up mainly of nationals from the countries where the sections are located, with the aim of receiving an intercultural and bilingual education, although students from Spanish and Spanish-speaking countries also attend. The student body receives the qualification of the country and through the homologation, the Spanish one.

There are also Spanish sections in the European Schools of 6 countries, where there are 5,932 male and female students and 87 Spanish teachers.

On the other hand, the MEFP manages the network of Spanish language and culture groups (ACLE) in 12 countries, where some 15,828 students study and 135 teachers teach in 2021-22. The trend of this program that teaches classes outside of school hours has been on the rise in the last decade, but it has been affected in the last two years by the COVID-19 pandemic and has registered a slight drop in student body.

In addition to these programs managed directly by the Ministry abroad and which have Spanish official teachers, there are programs in which the Ministry participates through collaboration agreements or through the participation of teaching or support staff.

In this section are the Ibero-American agreement centres, which allow their students to obtain the academic qualifications of the place of residence and the Spanish ones. A total of 13,950 male and female students are enrolled in the 13 centres of this type, present in 11 countries on the continent.

In Central and Eastern Europe and in China, the program of bilingual sections is also consolidated, which has 76 sections in 8 countries, in which 30,133 male and female students study and 126 Spanish teachers teach.

Regarding language assistants, this course 6,542 foreign assistants from 29 countries provide support in Spanish educational centres and some 777 Spaniards do so abroad.

Finally, the visiting professor program, which assigns Spanish professors to the United States, Canada and the United Kingdom, has been extended this year to the United Arab Emirates and Ireland. In total, 1,134 Spanish teachers teach in one of these countries through the program.