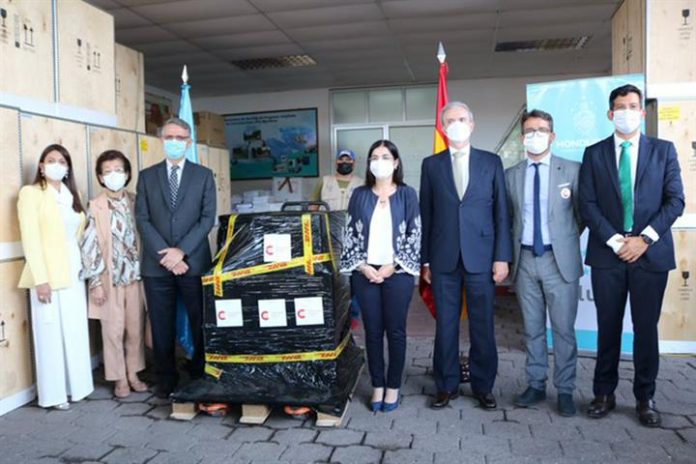 Spain has donated a total of 254,000 doses of paediatric vaccines against COVID-19 to Honduras, the first shipment of paediatric doses to Latin America and the Caribbean, in addition to the 280,000 doses for adults that the country had already donated through the COVAX mechanism and bilateral agreements. Spain is thus the second largest donor of vaccines against COVID-19 in Honduras.

As Darias recalled, this action is part of President Pedro Sánchez’s commitment to help Latin America and the Caribbean expand their vaccination coverage against COVID-19; a “total” commitment, as evidenced by the fact that, since Spain began receiving vaccines, it also began to make solidarity donations to third countries.

The Minister of Health has underlined the importance of vaccination as the “best weapon” to save lives against SARS-CoV-2 and has called to continue “vaccinating, vaccinating and vaccinating”.

In this sense, she recalled the good data collected by the Vaccination Strategy in Spain , where “we have managed to vaccinate an entire country”, with 92.5% of the population over 12 years of age with a complete schedule – more than 39 million of people-; or the more than 24 million people who already have a booster dose and the more than a million and a half boys and girls between 5 and 11 years of age who have a complete regimen.

In this sense, she recalled how the country undertook to donate 50 million vaccines against COVID-19 before the end of the first half of 2022, an objective that has already been achieved several months in advance.

For his part, the Honduran Minister of Health, José Manuel Matheu, thanked the Government of Spain for its contribution to the paediatric vaccination process in the country and underlined the need to continue raising awareness of the importance of continuing to vaccinate against the COVID-19.