AN oil painting by ‘Perolo’ on was found in a Quesada charity shop, depicting Nelson’s column in Trafalgar Square, London.

His inspirational leadership, grasp of strategy, and unconventional tactics brought about a number of decisive British Naval victories, particularly during the Napoleonic Wars. 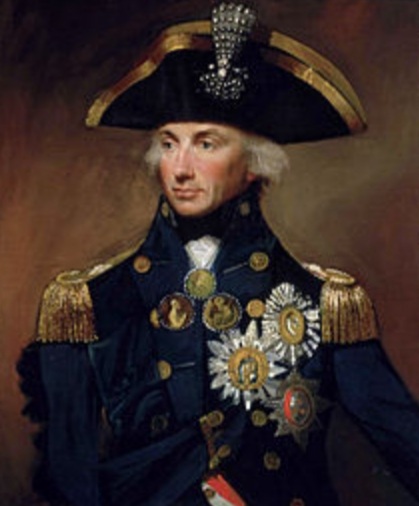 Widely regarded as one of the greatest Naval commanders in history.

The San Juan Expedition took place between March and November 1780 during the American War of Independence when a British force under the command of John Polson and Captain Horatio Nelson landed on the coast of the present-day Nicaragua.

The aim of sailing up the San Juan River to capture the strategically crucial towns of Granada and León, located on the northwestern shore of Lake Nicaragua.

The Assault on Cadiz was part of a protracted Naval blockade of the Spanish port of Cadiz by the Royal Navy, which comprised the siege and the shelling of the city as well as an amphibious assault on the port, from June to July 1797.

After the battle of Cape Saint Vincent the British fleet lead by Lord Jervis and Sir Horatio Nelson had appeared in the Gulf of Cadiz.

During the first days of June the city was bombarded, but causing slight damage to the Spanish batteries, Navy and city.

Nelson’s objective was to force the Spanish admiral Jose Mazarredo to leave the harbour with the Spanish fleet. Mazarredo prepared an intelligent response and the Spaniards began to build gunboats and small ships to protect the entrance of the harbour from the British.

By the first days of July, after a series of failed attacks led by Rear Admiral Nelson, and with the British ships taking huge fire from the Spanish forts and batteries, the British withdraw and the siege was lifted. The Naval blockade lasted until 1802. 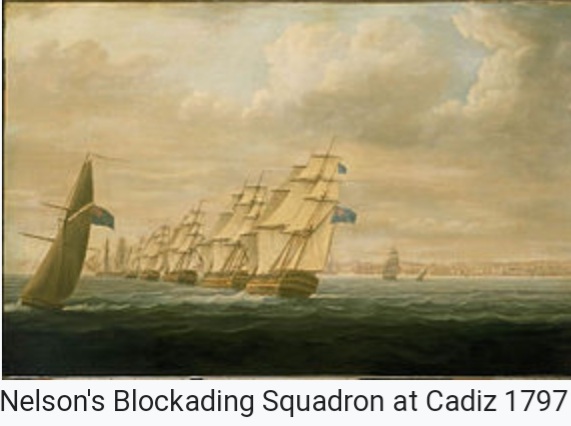 Launched by Rear-Admiral Horatio Nelson on 22 July 1797, the assault was defeated. On 25 July the remains of the landing party withdrew under a truce, having lost several hundred men. Nelson himself had been wounded in the arm, which was partially amputated, a stigma that he carried to his grave as a constant reminder of his failure.

Nelson returned to England to recuperate and the following year he won a decisive victory over the French at the Battle of the Nile.

He remained in the Mediterranean to support the Kingdom of Naples against a French invasion.

In 1801, Nelson was dispatched to the Baltic and won another victory over the Danes at the Battle of Copenhagen. 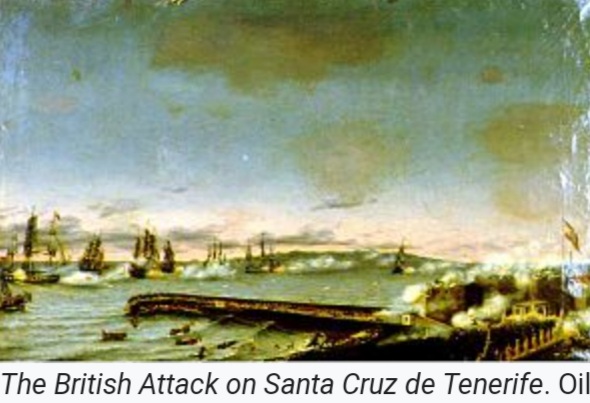 He commanded the blockade of the French and Spanish fleets at Toulon and, after their escape, chased them to the West Indies and back, but failed to bring them to battle. After a brief return to England, he took over the Cádiz blockade, in 1805.

On 21 October 1805, the Franco-Spanish fleet came out of port, and Nelson’s fleet engaged them at the Battle of Trafalgar.

The battle became one of Britain’s greatest Naval victories, but Nelson, aboard HMS Victory, was fatally wounded by a French sharpshooter.

His body was brought back to England, where he had a State funeral.

Born in Burnham, Norfolk, he died aged 47, on October 21, 1805, on board HMS Victory off Cape Trafalgar, Spain, and is buried at St Paul’s Cathedral.