Zahara De La Sierra has been named the most tranquil destination in Europe, according to new data released by OVO Network.

Whilst life hits new levels of stress for most in Europe, there’s no better time to get back to basics and switch the brain off. The continent is home to some of the most beautiful landscapes and cultures combining to make the perfect body, soul and mind retreat.

The study considers a variety of key factors people consider when wanting to switch off including hotel numbers, access to spas, population density and online popularity.

Zahara de la Sierra in Spain is named as the best place to head to improve our well being after being named in 1st place. The town is located in the south of Spain amongst the mountains and overlooks a valley and adjacent picturesque lake. It owes its position in the survey to a low population density, good access to quality spas and has a low online popularity (perfect for escaping the crowds).

Spain is also home to other top tranquil destinations. Ronda is Spain’s best countryside retreat with a low population density. Southern Spain’s beautiful town of Ronda is relatively unknown based on online searches but it should be one of the most popular destinations in Europe if its landscapes are anything to go by.

The second most tranquil escape in Europe is very well known for its cheese production (no, it isn’t Cheddar). The Swiss mountain town of Gruyeres ranks highly for offering holidaymakers access to peaceful spas and some of the cleanest air in Europe. Perfect to breathe in the natural Swiss fresh air (with a hint of cheese).

Hvar ranks in third place with its perfect Adriatic Sea location, a perfect way to recharge according to a 2019 journal released by Health Place which revealed that being in the sea has medically proven benefits to the mind. Pair the location of Hvar with its low population density and European-best access to hotels and you have a great place for escaping the bustle. 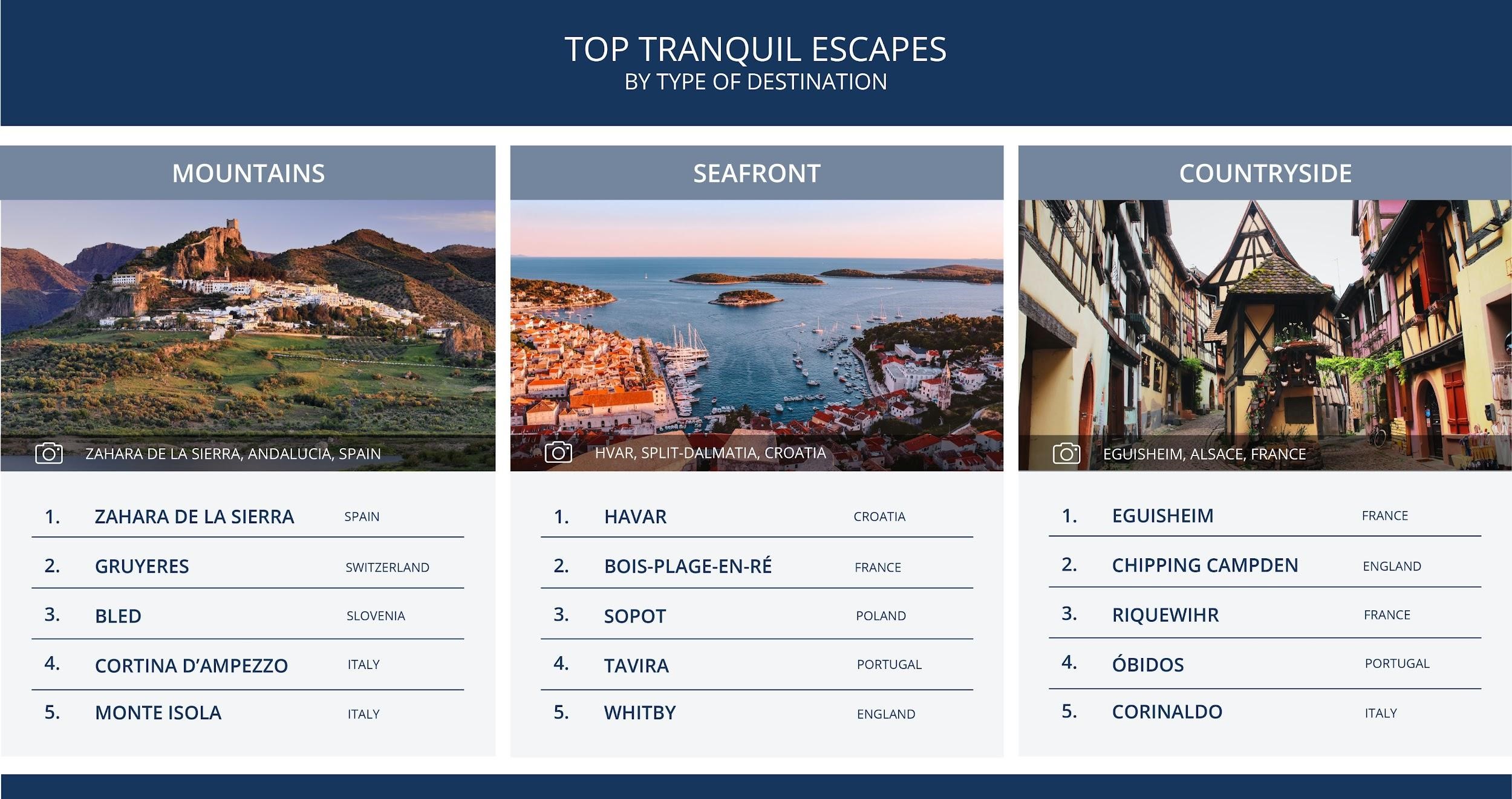