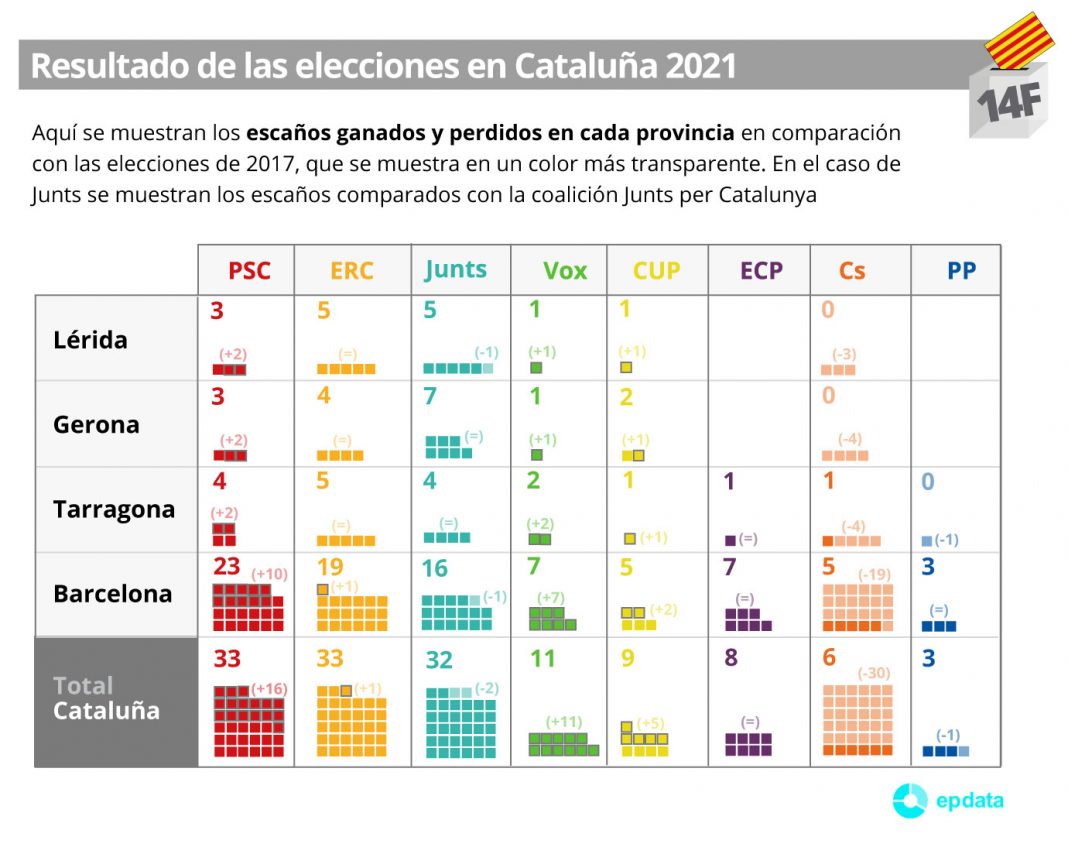 With over 99% of the votes counted, the Catalan elections will see the Socialist Party (PSC) and the Esquerra Republicana de Catalunya (ERC) win the same number of parliamentary seats, 33, although the Socialists have won more votes.

However, the pro-independence movement has strengthened its majority with a governing coalition likely to be made up of the ESC, Junts per Catalunya (JxCAT) with 32 seats and La Candidatura de Unidad Popular (CUP) 9 seats in the 135 seat parliament.

The socialist candidate, Salvador Illa, has garnered 651,027 votes – 23.02% of the support – with 99.79% of the vote counted, which represents an increase of 16 seats and almost 10 more points of support, although it seems unlikely that he will be able to govern.

The Socialists have reclaimed the metropolitan belt (Barcelona) – which was historically known as the red belt – having imposed themselves in the Barcelona district. 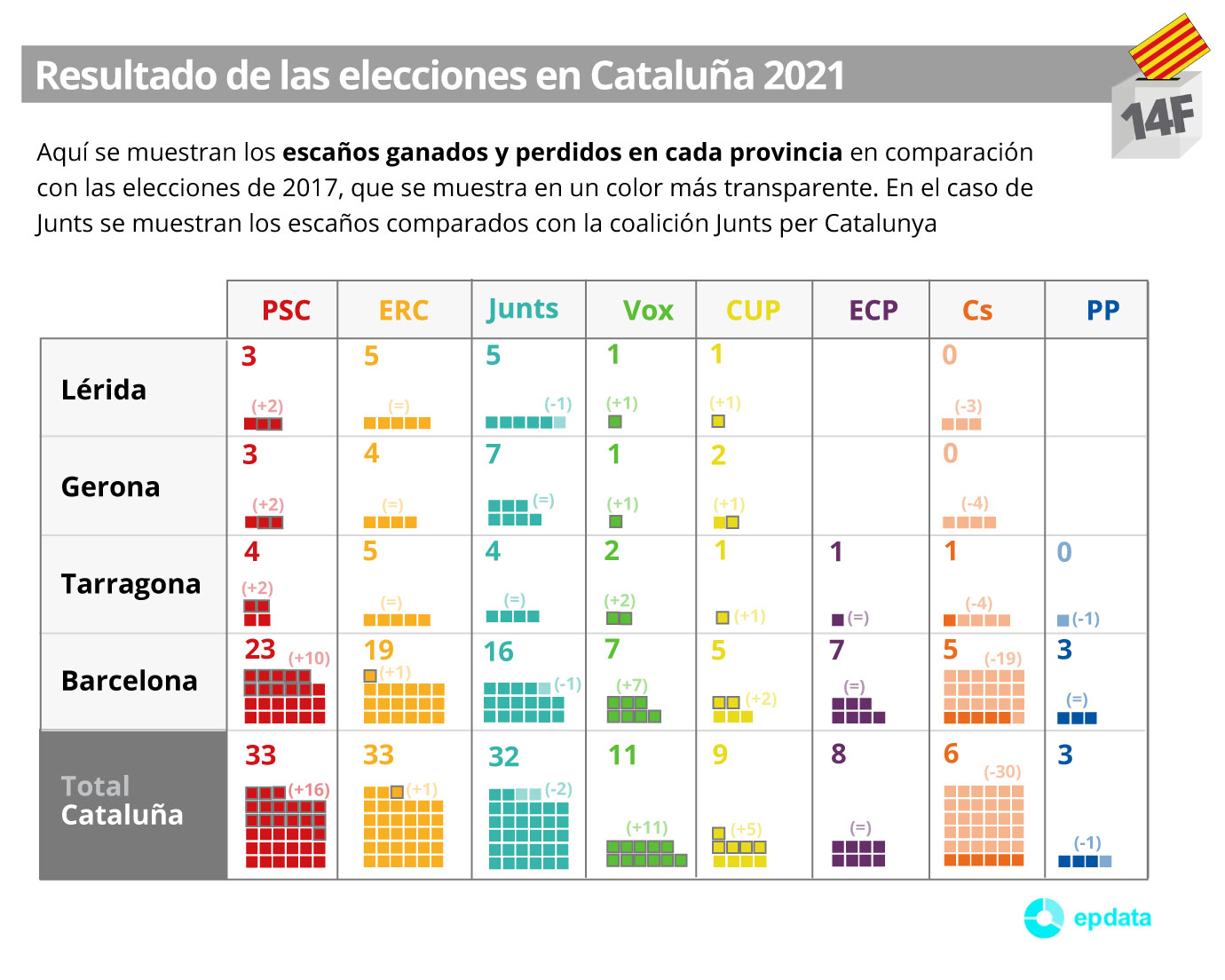 ERC has come out on top in the Tarragona constituency, Junts has done so in Lleida, and the two pro-independence party’s have tied in Girona, although in votes the Puigdemont party has won.

The rise of the CUP in the Parliament, which now has 9 deputies with 188,830 of the votes (6.68%), improving its 2017 results by four seats, has increased the support of the independence movement that stands at 74 seats and exceeds 50% of the votes for the first time.

So, if the PDeCAT and Primàries are included, the independence movement has 50.98% of the votes, although if the calculation is made by counting the number of seats won, the result is 48.05%.

However, it is the 9 seats of the CUP that holds the key to the pro-independence majority, with its leader, Dolors Sabater, warning that her support will not be cheap and she is not beyond holding talks with the socialists.

These elections have also produced the lowest turnout in history, only 53.55% of voters have turned out, a point lower than the 1992 figure when 54.87% participated.