The storm has covered a large part of the Peninsula in a white blanket, forcing the closure of hundreds of roads. Worst affected is Madrid, where the UME rescued over a thousand drivers on Friday night who were stuck in their vehicles on the roads.

The storm Filomena has hit the country with such intensity that ten provinces are currently on red alert due to the intense cold and snow storm that forecasts show promises to continue throughout Saturday.

Worst affected have been drivers in Madrid with dozens of roads closed by the storm, the arrival of unprecedented snowfall that has closed down the capital.

During Friday night and Saturday morning, there have been closures on the M-40, M-30, A-5, A-4 and A-3, where hundreds of people have spent the night waiting for a solution under the snow.

Flights have also been affected by the storm. Barajas has announced that it has cancelled all activity scheduled for this Saturday due to Filomena. As reported by Aena, on Friday a total of 27 flights were cancelled and 26 diverted by the storm at Madrid Barajas airport, which had to suspend its activities until “visibility improves”, an objective still to be achieved due to inclement weather.

The Metro has also suffered problems. On Saturday morning, a breakdown has been reported that has forced line 10 between the Tribunal and Casa de Campo stations to close for at least two hours. 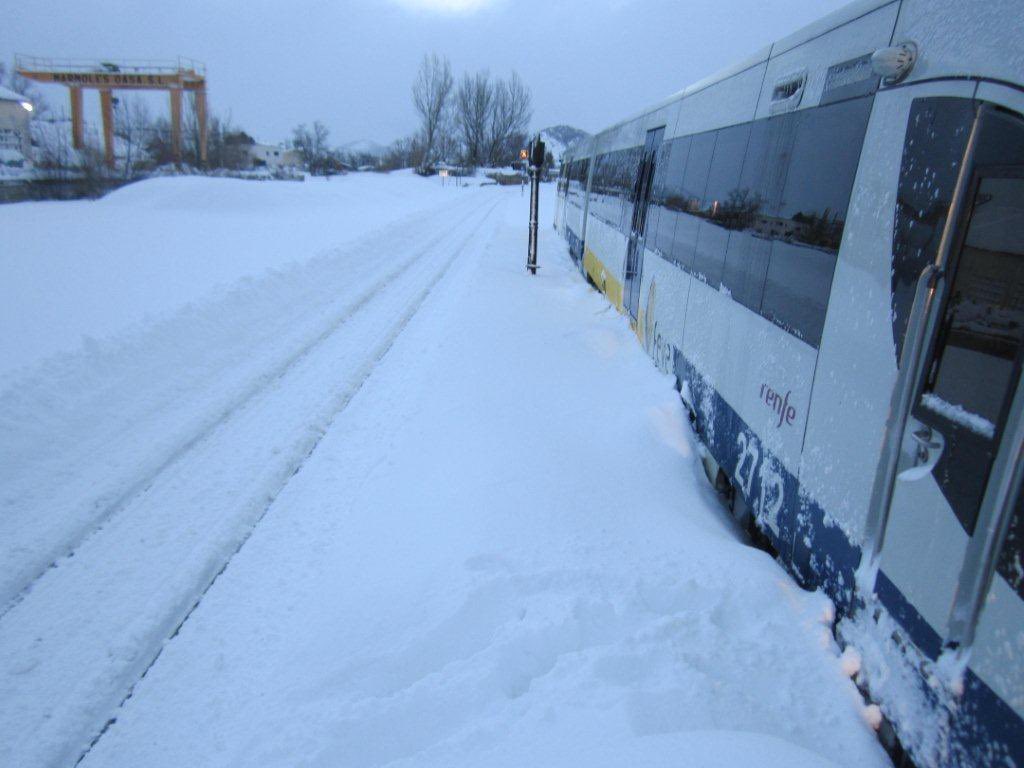 Renfe has suspended the High Speed ​​service that links Madrid with the Valencian Community and the Region of Murcia on Saturday morning with no likelihood of any trains, although an inspection will be carried out at 12 noon.

The suspension of trains affects the AVE trains that connects the capital with areas of the Levant including Alicante, Valencia, Castellón, Murcia and Cartagena.

Renfe has also shut down four services on the Madrid-Cuenca-Valencia high-speed line that were scheduled for tonight, with a total of 166 passengers affected. These are the trains that had planned to leave from Alicante and Valencia to the Madrid-Puerta de Atocha station (at 8:10 p.m. and 9:15 p.m., respectively), and the trains leaving Madrid Puerta de Atocha and Destination to Valencia and Alicante scheduled for 9:10 p.m. and 9:15 p.m., respectively.

47 provinces on alert for rainfall

The intense snowfall is expected to continue in central and many parts of the eastern third of the Peninsula during this Saturday, resulting on ten provinces being put on red alert according to the State Meteorological Agency (AEMET).

In total, 47 provinces, in addition to Ceuta, will be on alert for heavy rainfall, with possible accumulations of up to 30 centimetres of snow in some places.

Forecasts predict that the effects of Filomena will reach the north of the peninsula on Sunday, leaving snow levels of 200 to 300 metres. Over the weekend temperatures are expected to drop below historical minimum temperatures that have not been seen since the 1940s.

The Community of Madrid has already announced this morning the closure of schools on Monday and Tuesday due to the situation created by the snowstorm and the cold wave,