The Minimum Order established by Pope Francis states that convents with less than five sisters must close and move to other convents so, a little over 18 months ago, when the number of nuns residing in the Monastery of La Encarnación in Mula, Murcia, fell to four, the residents were told to close the comment’s doors and move themselves to Elche.

However they took rather more than themselves, loading their removal lorries with dozens of religious pieces that Muleños’ claim are part of the town’s heritage and must be returned.

Among the items moved to Elche is an ivory Christ, several sculptures of the Child Jesus (including one by Roque López, the Child of Health) and many valuable paintings including portraits of King Felipe V and the Queen María Luisa de Saboya, as well as many other religious-themed canvases.

They also took with them the original reliquary de la Santa Espina, the container of the Holy Thorn, which contained the Lignum Cruci, a relic of the holy cross.

Since their departure the monastery has remained empty so their claims that they took the items to Elche for safety would seem to be justified. However the Ministry of Culture, headed by Esperanza Moreno, have now announced that they will bring the nuns to justice if they do not return the pieces they removed. 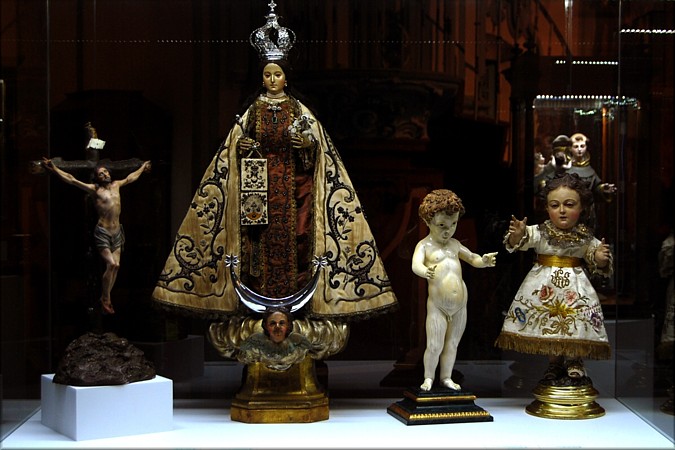 Two appeals made by the sisters against the decision have both been dismissed by the Ministry of Education and Culture and the General Directorate of Cultural Assets, and with the October deadline now expired, it has now initiated criminal proceeding against the nuns, stating that there could be an offense against the Cultural Heritage law, which establishes that the transfer of catalogued pieces must be communicated to the competent authority.

The mayor of Mula, Juan Jesús Moreno, has said that “from the very beginning we have seen that there was no will on the part of the sisters to return the pieces, so we have no other option than to prosecute the sisters if we are to reclaim these important items that are part of our cultural heritage.”

“We have offered secure storage with all the guarantees. We have a large area in the San Francisco Convent, headquarters of the City Museum be returned to Mula,” he said.