It is estimated that the PSOE would poll 32.4% of votes if a general election was held now, according to the latest CIS study, which records a fall of 1.8 points for the Partido Popular drop, down to 19.4%. Unidas Podemos (12.6%) would be the third party while Vox would improve by seven tenths.

The Centre for Sociological Research said that the PSOE increase to an estimate of 32.4% of the votes, is three tenths of a point more than in the last survey, with which the Socialists have increased their lead over the PP to 13 points.

In its study on “Public opinion and fiscal policy”, prepared between 9 – 19 July, the CIS showed a reduction of 1.8 points for the PP, to 19.4%, while again placing the Unidas Podemos  party as the third political force, almost 7 points back with a 12.6% vote estimate, five tenths more than in the previous poll. 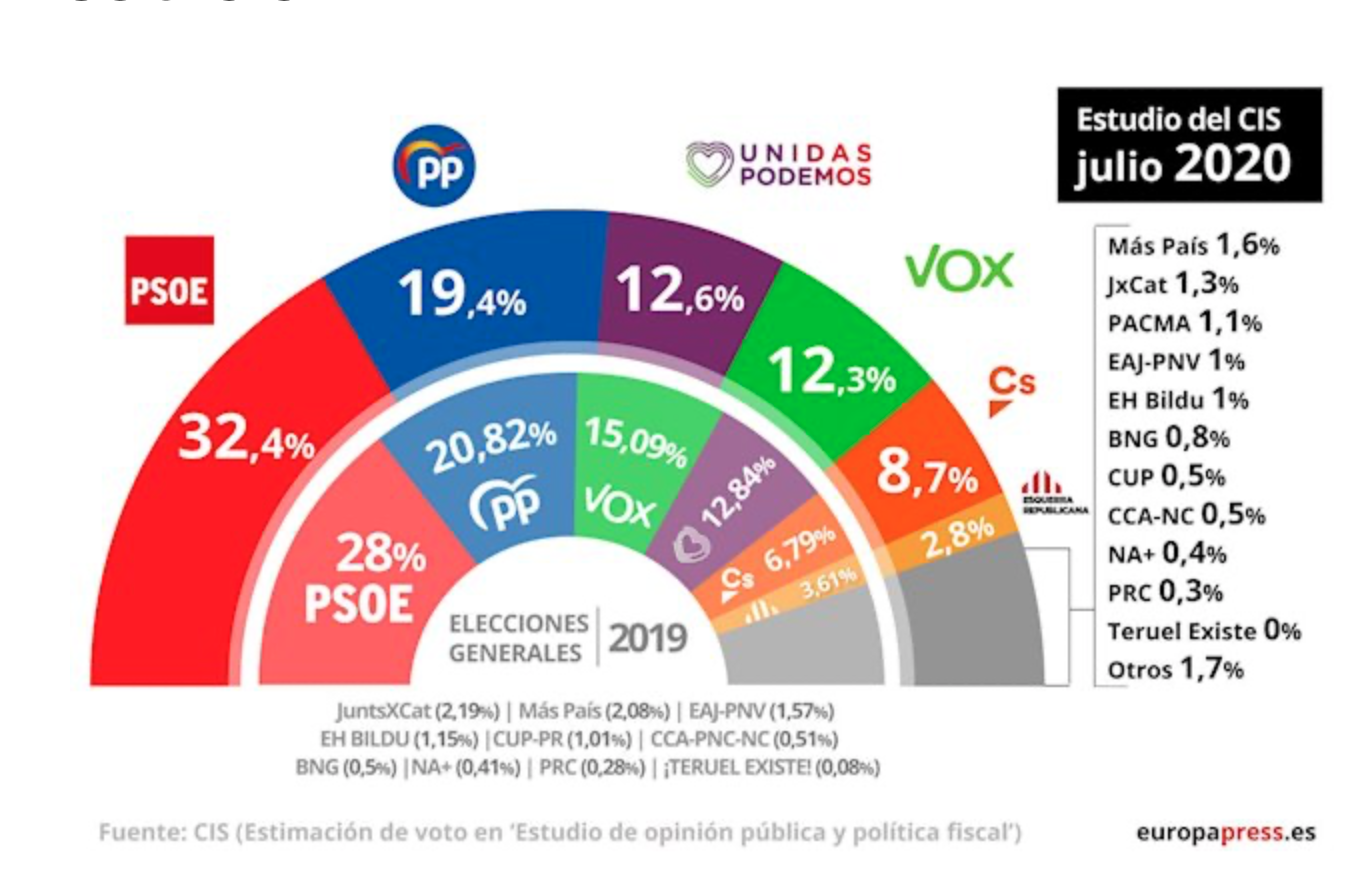 Vox has recovered some strength, rising by seven tenths, up to 12.3%, while Ciudadanos remains practically stable – down one tenth -, at 8.7% of the estimated vote.

Efforts to boost vaccination rates as students return to school